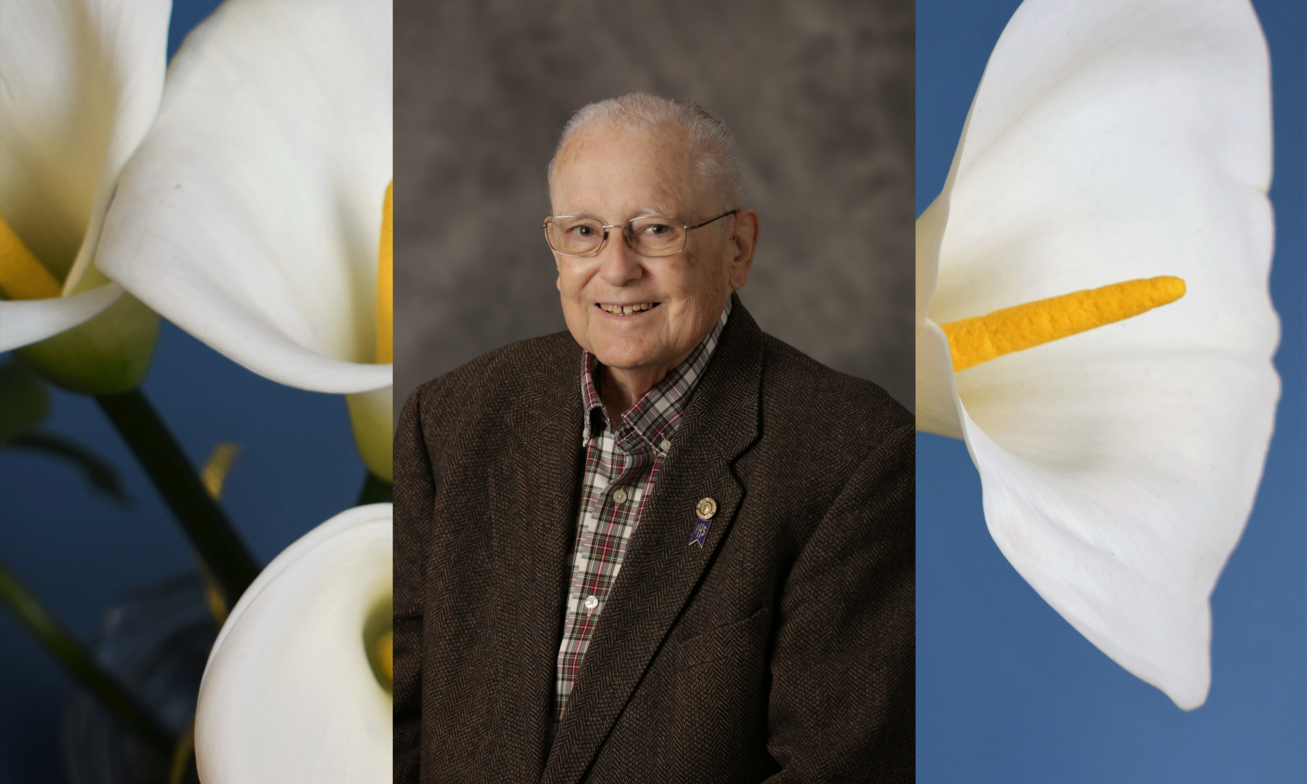 For years Jim had prepared for his death and his entrance to eternal life. He has planned a beautiful funeral service full of choral music. At Jim's request, and with the agreement of his family, we will wait to hold his funeral until the summer when hopefully the pandemic has subsided and we can celebrate Jim's life in the full splendor that he desired. Until then, may we pray for his friends and family, and give thanks that Jim is united with Christ.

James Harvey Kirks Jr. died April 20, 2021, after battling cancer for over four years. He was 83 years old.   Born at California Lutheran Hospital in Los Angeles, Jim was the first child of James Harvey Kirks Sr. and Grace Whitney Kirks. He grew up Lynwood, CA. After graduation from Lynwood High School, he proceeded to earn an associate’s degree from Compton College, a bachelor’s degree from the University of California Los Angeles, and a master’s degree in Library Science from the University of Southern California.   Jim was hired by the new City of Inglewood Public Library before being drafted into the United States Army. He served honorably in the Signal Corp at NATO Headquarters for Central Europe in Fontainbleau, France. During his off hours, Jim was the interim Special Services Librarian at the base facility, which had the highest circulation of any Army library in France.

During his time in France, Jim married Barbara Barry. Upon returning to the US, the two lived in Inglewood and then Arcadia, CA, where their first daughter, Cara, was born. Their second daughter, Laura, arrived when Jim and Barbara were living in Port Angeles, Washington. Another job opportunity brought the family to Chico in 1975, where the couple later divorced.   Each position that Jim held reflected his dedication and desire for excellence. At the Acadia Public Library, the travel and documentary film programs Jim organized had standing room only attendance. In Washington, Jim merged the Port Angeles Public Library and the Clallam County Library into the North Olympic Library System. Jim moved back to California where he became the System Coordinator for North State Cooperative Library System, which he directed for 27 years. This system serving the universities, community colleges, the city, and county libraries in the thirteen far Northern California counties had the highest per capita use of delivery service, inter-library loan, and reference service in the state. Jim retired in December 2002. In 2004, Jim married Linda Dodson. She introduced Jim to the love of irises and roses, as well as Brussels Griffon dogs, Sally, Gina and Coco.

In later years, Jim pursued numerous opportunities to travel, to help with civic and humanitarian endeavors, to strengthen family ties, and to further educate himself. He enjoyed visits with his many cousins throughout the United States and Europe. His travels, which included some ocean cruises, enabled Jim to experience the sights, sounds, and culture of many foreign countries.

Jim made friends wherever he went. In the Osher Lifelong Learning Institute at California State University Chico, Jim participated in a variety of classes, including Current Events, Documentaries, Poetry, Shakespeare, Armchair Travel, Geology, and Arts and Eats. He will be remembered for his commitment to lifelong learning through being a peer leader and a benefactor to OLLI. As a legacy, he funded the OLLI gallery to display the creative works of OLLI members. Jim also studied digital photography, book design, and use of publication software at Butte College. He utilized some of his retirement time making picture books for each of his grandchildren and for a special aunt.   A lover of concerts, theater, and symphonic music, Jim ushered for Chico Performances, School of the Arts, and North State Symphony for twelve years. He was a benefactor of Chico Performances and the North State Symphony.

Active at Faith Lutheran Church, Jim served as Council President and Chair of Personnel and Social Concerns Committees. The Gospel of Matthew 25:35-45 guided Jim’s philanthropy. As a legacy, he funded a solar panel system for the congregation to allow the savings in electrical bills to be used to fund social concern projects.   A longtime member of Rotary International and past president of the Durham Rotary Club, Jim was noted for the sale of great numbers of Crab Feed tickets. He originated the Rise Against Hunger food packaging event held at Durham High School with the Interact Club. It was so successful that he funded a Rise Against Hunger event at Faith Lutheran Church, which became an annual event. Each project packaged 10,000 meals to feed 60,000 people. Jim was a Big SIR, Secretary, Director, Assistant Chaplain, and Chairman of the Supper Club Committee of SIR Branch 110. He was recognized for his leadership with an Honorary Life Membership in Sons in Retirement.

A voracious reader, Jim joined a select Men’s Book Club of Chico and enjoyed its monthly meetings at members’ homes and breakfasts at the Cozy Diner.

When Jim’s health declined, he was advised to avoid stairs and live in a more controlled environment. At Sycamore Glen, he found friendly, kind, and caring staff and residents. He enjoyed playing pinochle and started a book club as well as a poetry reading class. Jim joined the Glen Singers and found pleasure in songs that Phil Frankenberg chose for the group to learn. Jim was known for throwing a home run or two playing bean-bag baseball with fun-loving residents. Health concerns ended Jim’s many years of volunteering as a Patient Ambassador at Enloe Medical Center. He received wonderful care from Dr. Randall Caviness, Dr. Mark Fritzler, Brabro Beckett DDS, and Loeta Robles DDS. Later in life he received excellent care from Dr. Randolph and the staff at Enloe Cancer Center, as well as the doctors and nurses of the Enloe Medical Center’s Emergency Room and Oncology Department.