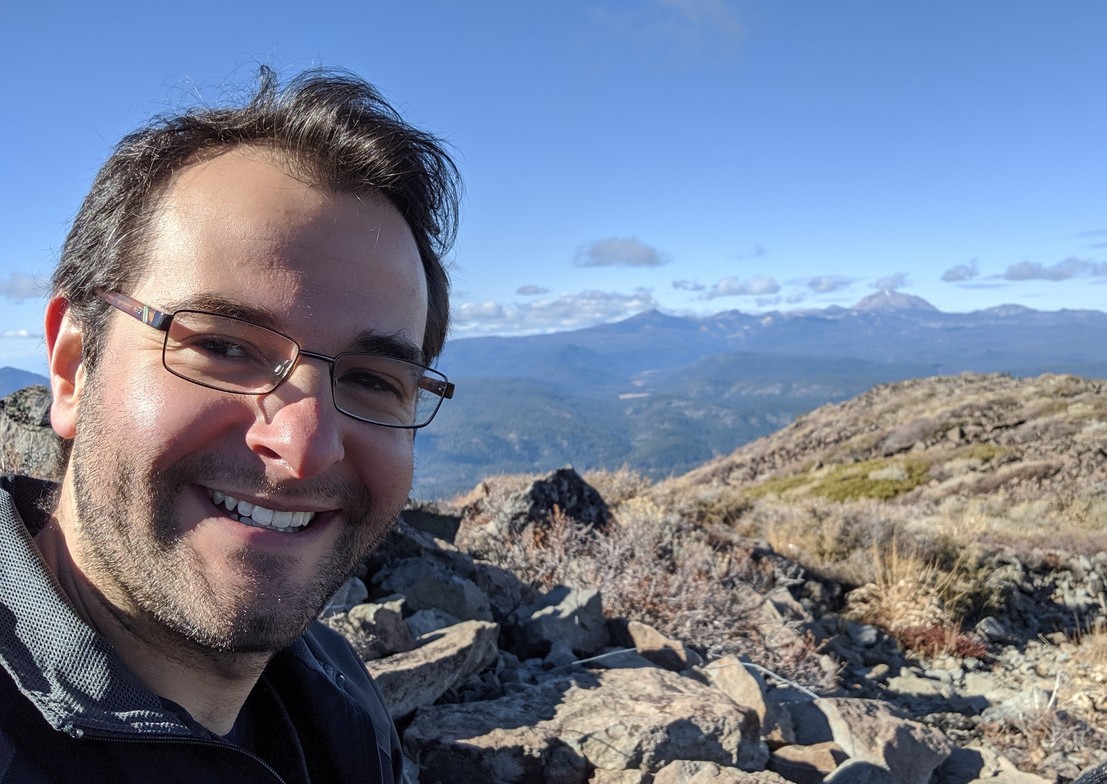 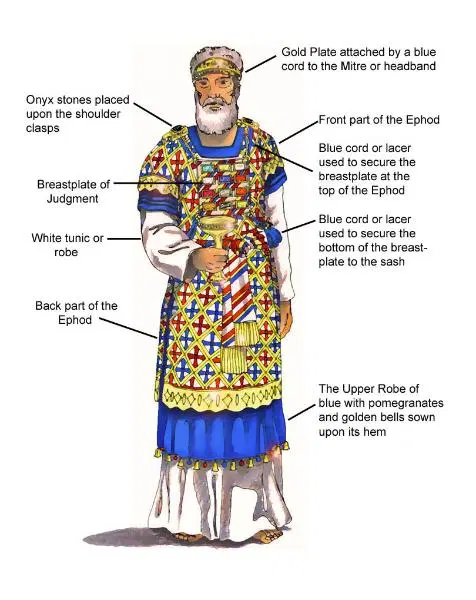 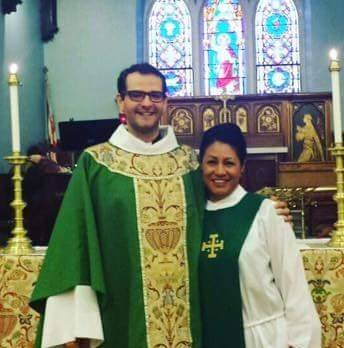 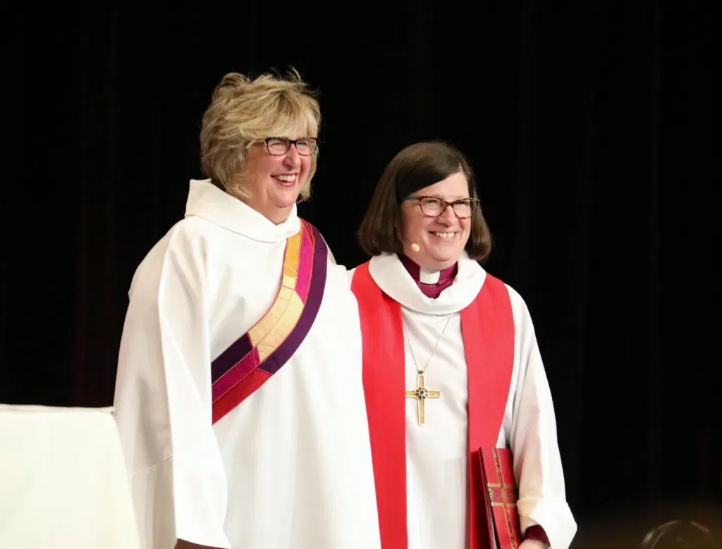 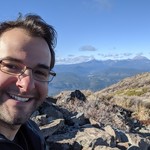 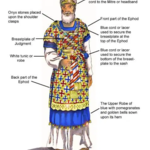 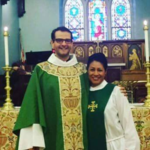 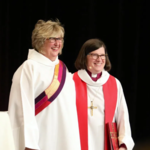 As many of you as were baptized into Christ have clothed yourselves with Christ.  (Galatians 3:27)

In November, you’ll notice that I’m getting a new wardrobe! Christians generally, and Lutherans specifically have a long tradition of wearing unique clothing while worshiping that goes all the way back to God’s instructions about what priests should wear in Exodus 28.

You may notice that I don’t dress like the clothing of the Jewish High Priest. That’s because as Christians we participate not in the priesthood that’s descended from Aaron, but the priesthood of Christ. The clothing that Christians have worn has changed over the centuries. That’s because the clothes that we wear fall into a theological category called, adiaphora, which means they are neither required nor forbidden but should be used however best supports the ministry of a community. Clothing used in worship is known collectively as vestments. Here at Faith Lutheran you will see three vestments: albs, stoles, and chausables.

Alb literally means “white,” and you can recognize it as the root of the word, “albino.” It refers to a simple white robe. Christians began wearing albs in the first couple of centuries after Jesus. Christians didn’t wear albs because they were special; they wore albs because they were common! The early Christian communities strived to unite together people of various cultural and socio-economic backgrounds. In worship, they wanted signs of difference to be covered with the unity of Christ. Clothing was a major way to distinguish who was rich, poor, male, female, Jewish, Greek, or Celtic. So Christians started to all dress the same when they worshipped, and the clothing they chose was the most common and affordable garment of the day: an alb.

Originally, everyone in worship also wore a chasuble. Chausables look like ponchos because that’s what they are! They started out as traveling ponchos that were common in the late Roman Empire. The name chasuble literally means “little house” because they are meant to be little mobile homes while you travel on the road. Paul mentions his own chasuble in 2 Timothy 13 “When you come, bring the cloak that I left with Carpus at Troas, also the books, and above all the parchments.” The alb/chasuble was basically the equivalent of wearing a white shirt and a jacket. However, over the centuries fashions changed in the secular world and stayed the same in the church. By the middle ages, only priests/pastors presiding at communion would wear a chasuble. Because the chasable became associated with presiding at the Eucharist, it came to represent the apron of the priest/pastor who prepared the Lord’s Supper.

When not preparing the Lord’s Supper in worship, clergy in worship would wear a stole. The stole is a strip of colored cloth worn around the neck by clergy. Its use likely originated after the Christianization of the Roman Empire.

The Empire used scarves to distinguish ranks within the imperial administration. Once the Roman Empire adopted Christianity, clergy started to wear these scarves to communicate their rank. Priests/pastors wear the stole hanging loose around their neck to signify that through their ordination they wear the yoke of Christ (Matthew 11:28-30). Deacons wear the stole as a sash diagonally across their chest from shoulder to hip. In this way the deacon’s stole is more secured for the ministry of direct service to which they are called.

All three vestments, albs, chausables, and stoles started off as practical secular clothing, but came to hold spiritual meaning over time, in large part because they remind us that when we worship, we are continuing an ancient tradition that is 2000 years old. That said, the styles and ornamentation on vestments have varied according to the fashion tastes and sensibilities of each time and place. And rightly so! At the end of the day, vestments are not sacred, they are a tool to help proclaim the gospel. Like any tool, vestments should be used only when they are effective.

This past summer, our congregation read the book Dear Church: A Love Letter from a Black Preacher to the Whitest Denomination in America. In it, ELCA pastor Lenny Duncan speaks about the various ways our denomination makes people of color, like him, feel unwelcome, often unintentionally. One of the easiest issues to address is our vestments. Pastor Duncan comments that while he loves the Lutheran tradition, when he sees people processing in white robes with hoods he gets anxious. Though not intended as such, white robes with hoods distract him from Jesus and make him think about the KKK. This is a unique problem for the United States, with our unique history. Lutheran churches throughout Africa rejoice in white robes, but they haven’t had our history with white hooded robes being used as instruments of terror.

So how can we make sure our vestments point to Christ rather than distract from Christ for all our visitors? To start off with, we’ve stopped using our white albs with hoods. These robes will headed to a Lutheran church in the Philippines where they can do ministry without negative connotations.  In their place, we purchased some albs made of natural flax that don’t have hoods. These albs are elegant and beautiful while also being understated and homey, kind of like our congregation. These albs will represent that we are clothed in Christ’s righteousness not because they’ve been bleached white, but because all impurities have been removed from them to reveal their natural color, which is a gentle cream.

I’ve purchased for myself some chausables so as to more fully step into our liturgical tradition. For Advent you’ll see a blue chasuble, like the night sky before dawn, representing the color of hope as we await the coming of Jesus at Christmas. On this chasable, you’ll see a cross in the shape of a lily, which represents the virgin birth. It is also a reminder not to be overly worried about our clothing, for as Jesus says, “And why are you anxious about clothing? Consider the lilies of the field, how they grow: they neither toil nor spin, yet I tell you, even Solomon in all his glory was not arrayed like one of these (Matthew 6:28-9).”

Faith Lutheran is a community reflecting God’s love with a place at the table for everyone. We want every aspect of our worship to be welcoming. Through reaching back into our history, may we make our present more welcoming and more beautiful!

Devotionals are In! This Week's Prayer Requests Volunteer for the Vaccine Clinic